Born in Kuwait City, as a German with Indo-German-Estonian roots (her father being a german diplomat, her mother a brahmin from Bengal and her grandmother an Estonian), the Artist grew up as a modern nomad - amongst other places in Algeria, Egypt, India and Germany.
After having left Algeria at the age of ten her early poems dealt with longing „Sehnsucht“ and the search for an idealized home. At the same time the Arabian horse, symbol of royalty and strength, settled down in her sketchbooks.
From 2002 onwards she consequently worked on Fine Art. She spent two years at the Free Academy Cologne and completed her Masterstudies of Oriental Art, Classical Archaeology and Indology in Bonn. She passed more than a year in India, where she stood under the patronage of the known artist Anjolie Ela Menon.

Horses are a symbol of freedom for Renata. Fascinated by their elegance and beauty, she concentrates on capturing their movement and energy by letting the colours flow free, especially in her big formats. Her urge is to create freedom through an abstraction within defined forms and by the reflection of light. Her pictures include arabic calligraphy, details from Greek mythology as well as symbols of the Hindu and Buddhist universe.
The backgrounds are inspired by the places she created the painting. The bright colors of Rajasthani cloth, a glimpse of snow on joyful slithered-on german alps as well as a sandy sky over Cairo - all find their place on her canvases.
Having exposed in several countries such as Belgium, Egypt, Germany and India, the artist now lives and works in Belgium and Germany. 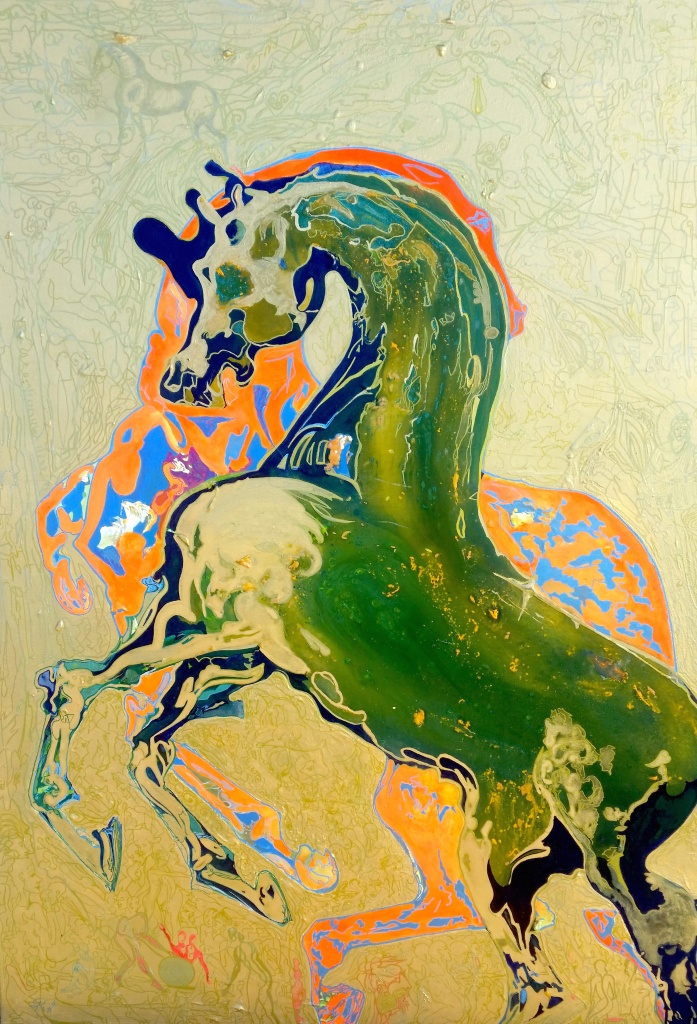 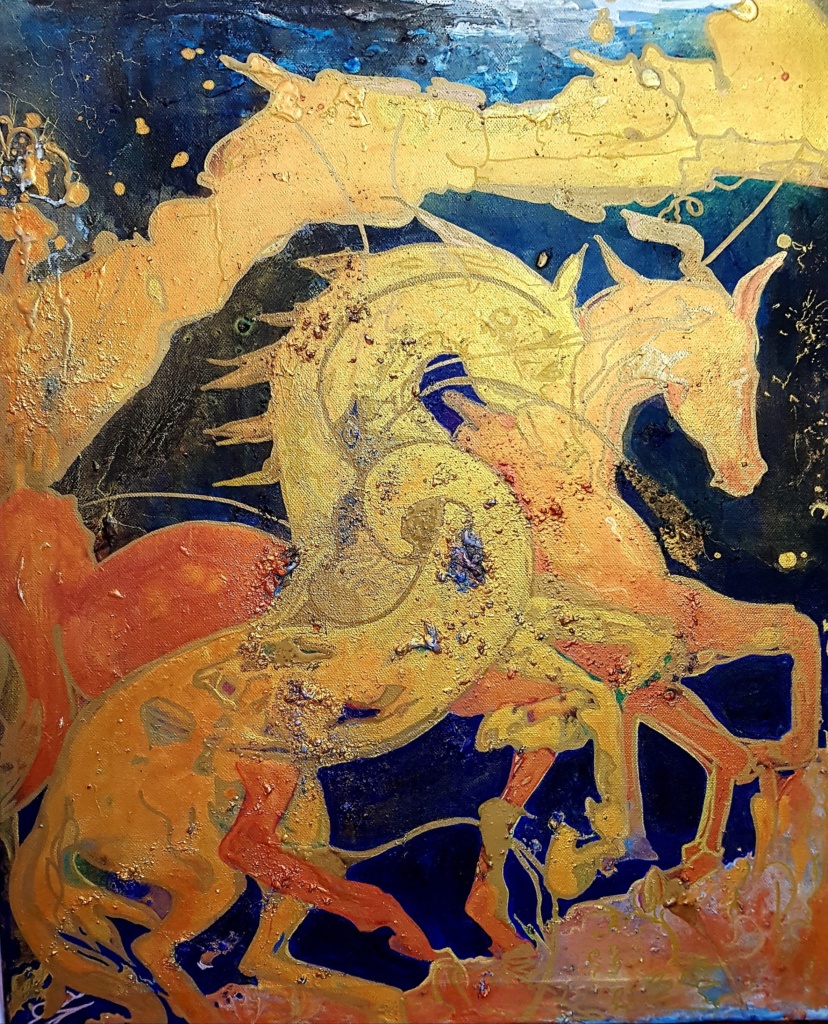